From EHWiki
Jump to navigationJump to search 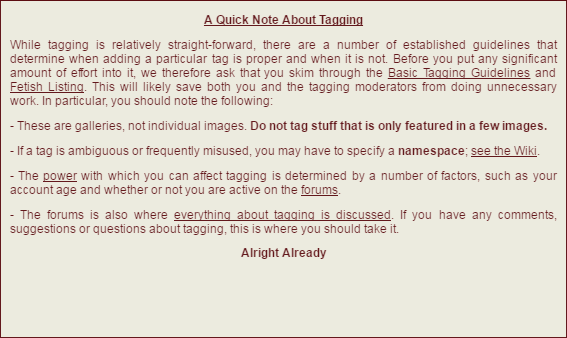 To avoid this users may search with a dollar sign at the end of the tag to search only for that string (e.g. f:wolf$, f:anal$, etc.) This behaviour is the default for tags that have less than three characters (e.g. f:cat will not match catgirl).