From EHWiki
Jump to navigationJump to search

Designations like Non-H are treated similarly to an imaginary "sfw only" tag. There is some forgiveness towards very small instances of female frontal nudity (no more than 2 instances per gallery). Any lolicon or similar content likely disqualifies.

The "Asian" region refers to any country that is between Bangladesh and the Pacific Ocean and is also between Russia and Australia (non-inclusive). 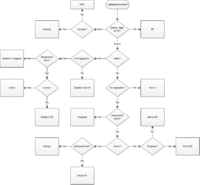